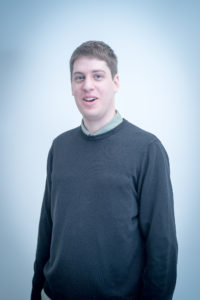 Tom began his training contract with Merseyside Law Centre in January 2019. He grew up in Manchester and studied Politics and Social Work at the University of Manchester.

After graduating he worked for the housing charity Shelter for four years, initially as a Family Support Worker at their Bristol office, before becoming a Prison Resettlement Adviser in HMP Manchester and a Housing and Welfare Benefits adviser in Shelter’s Manchester office.

He returned to University in 2016 to complete the GDL and LPC at University of Law’s Manchester Campus. Whilst completing his studies he worked as a Mental Health Support Worker for Creative Support and completed Pro Bono work for Platt Halpern’s Housing and Public Law teams.

Tom has an interest in Tenant Rights and Homelessness. He has been involved in Tenants Union UK campaigns to improve protections for private renters and increase the provision of Social Housing in Manchester and is also a member of the community union ACORN.

When people approach their local authority because they are homeless and need accommodation they are frequently turned away without accommodation and support they are legally entitled to.

The Anti-Gatekeeping Homeless Applicant Advocacy Service will ensure homeless applicants are provided with accommodation and support they are legally entitled to by arranging for trained Student Volunteers to accompany applicants when they present as homeless, advocate on their behalf and ensure the correct legal tests are applied by the local authority.