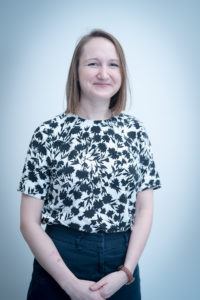 Before studying law, Ruth studied history and politics at Cardiff University achieving first class honours. She then did a placement in Germany with the European Voluntary Service, before working in conference production and fundraising for several years. She also volunteered with CARAS, organising a support group for asylum seeking children.

Ruth completed the GDL with distinction through part time distance learning. She volunteered with the Jesuit Refugee Service in Bangkok as a Legal Assistant for one year and then worked as a Legal Adviser at the Centre for Asylum Protection in Bangkok for almost three years. In these roles she worked with urban refugees and victims of trafficking in Thailand, focusing on asylum appeals, re-opening cases and protection concerns.

In 2017, Ruth returned to the UK to study the LLM LPC at the University of Westminster, graduating in 2018 with distinction. While studying she volunteered with the Anti Trafficking and Labour Exploitation Unit and became a board member of the Westminster’s Student Pro Bono Law Clinic.

She then worked as an immigration paralegal at Barnes, Harrild & Dyer Solicitors and became accredited as a Senior Caseworker by the Law Society’s Immigration and Asylum Accreditation Scheme.

Ruth is also a member of Young Legal Aid Lawyers and has written for Free Movement.

Ruth’s project will focus on providing legal assistance to vulnerable European Economic Area (EEA) nationals who may be unable to independently access settled or pre-settled status after the United Kingdom leaves the European Union.

Whereas previously EEA nationals had the right to reside in the UK if they were ‘exercising treaty rights’, after Brexit all EEA nationals and their family members will need to actively register for settled or pre-settled status to lawfully remain in the UK. There are concerns that more vulnerable EEA nationals and their family members will not be able to access settled status without legal assistance. In particular, vulnerable people may not know they need to register, may not able to navigate the application process, and may be unable to meet the evidence requirements or otherwise prove their entitlement. These difficulties will likely be heightened by the fact that EEA applications are outside the scope of legal aid.