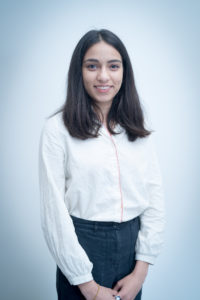 Sohini holds a degree in Anthropology and Law from the London School of Economics, and completed the LPC at the University of Law.

During her studies Sohini volunteered at Lambeth Law Centre, assisting with casework relating to asylum, deportation and human rights appeals. She also volunteered at the Prisoners’ Advice Service where she worked on cases of race and religious discrimination.

Sohini maintains a keen interest in working with detained migrants, women and BAME young people who are disproportionately represented and mistreated in the immigration and criminal justice systems. She moved back to her home town of Sydney after completing her studies in 2016, where she volunteered at the Public Interest Advocacy Centre’s Asylum Seeker Health Rights project. The project litigates to promote minimum standards for medical and mental health care for asylum seekers held, often indefinitely, in Australia’s immigration detention centres. In 2017 she received a scholarship to train at the European Centre for Constitutional and Human Rights, where she undertook casework for strategic complaints in the European Court of Human Rights against migrant push-backs at the external borders of the EU.

Most recently, Sohini worked as a paralegal at the newly founded charity Centre for Women’s Justice where she gained experience of police law in connection with cases brought by survivors of domestic and sexual violence.

Sohini joined Bhatt Murphy Solicitors as a trainee solicitor in January 2019, and is currently assisting with a caseload arising predominantly in police law and inquests, with a particular emphasis on the mistreatment of young detainees and failures to investigate within the meaning of the Human Rights Act.

Project – Giving effect to the ECHR duty to protect

This project will look at how the United Kingdom gives effect to the operational obligation arising under Articles 2, 3, 8 and 14 ECHR to take all reasonable preventative measures to protect women and girls from known risks to their life or person posed by other private individuals.

This obligation lies behind a series of protective measures available to police in cases where gender-based violence is alleged or suspected, including arrests for breach of civil injunction, bail and/or parole licence conditions, the use of Domestic Violence Protection Notices and Orders and the imposition of bail conditions.

The aims of the project are to assess whether these police powers are adequately deployed, and to improve awareness of how these measures can be used, on the part of both police and the women’s sector organisations who continue to advocate for the prudent deployment of police resources to prevent violence against women and girls.

The project will pursue two strands:

It is hoped that the first strand might feed into a raised awareness on the part of the authorities as to the powers available to them, and that the second might generate opportunities for strategic litigation, to the same end.