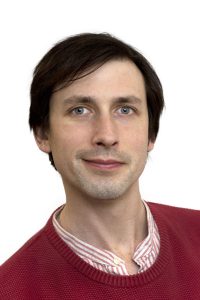 Joe graduated with a first-class degree in History from the University of Edinburgh in 2004. After working in museums and obtaining a masters’ degree in History from Birkbeck College, University of London, he achieved a distinction in the College of Law legal conversion course. Joe initially intended on getting some experience of criminal law but was placed in the prison law department of a firm, where he began to understand the huge impact on vulnerable individuals of poor decisions and a lack of access to the law. He also began to understand the potential of the law to improve situations that were obviously unjust, and the vital role that committed lawyers could play in vindicating the rights of individuals and groups. Part of this work was his involvement in the case of Griffiths v SSJ [2013] EWHC 4077 (Admin), a case now being considered by the Supreme Court.

Since 2013, Joe has worked for the Public Law Project as a paralegal, mainly on the Legal Aid Support Project. This project was set up to mitigate the worst effects of the Legal Aid Sentencing and Punishment of Offenders Act 2012. Much of the project’s work has focused on the availability of Exceptional Case Funding, which is intended to provide legal aid funding, where required, for those cases no longer covered by normal legal aid rules. This project resulted in two significant cases, that of Gudanaviciene v Director of Legal Aid Casework [2014] EWCA Civ 1622 and I.S. v Director of Legal Aid Casework [2016] EWCA Civ 464. The project’s work was a major factor in making the exceptional funding scheme more available to those most in need of legal representation, and the rate of success in exceptional funding applications has increased from 1 per cent to over 50 per cent.