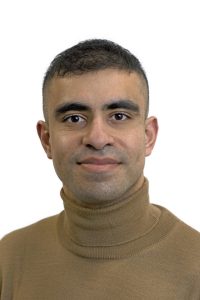 After completing his studies, Sami worked at 42nd Street, in Manchester, a mental health organisation working with young people aged 11 to 25. He then gained experience at different law firms in practice areas ranging from clinical negligence and employment discrimination to crime. Sami has worked in social welfare law practices before, and has predominantly worked with legally aided clients and/or individuals seeking to assert their rights against public bodies and others. He has also volunteered at organisations such as Refugee Action, Greater Manchester Immigration Aid Unit and the Citizens’ Advice Bureau.

A common thread in Sami’s work has been engaging with vulnerable clients, including victims of serious medical negligence and those facing the prospect of losing their liberty. This is a part of the work he enjoys and relishes.

Sami is particularly interested in how the law operates to protect the most vulnerable and marginalised members of society and, during the course of his training, is looking forward to working on issues such as homelessness and destitution, the rights of asylum seekers, and discrimination. He is delighted to have been given the opportunity to train at the Islington Law Centre, at a time when the community’s need for effective, free legal representation is (arguably) greater than ever before.

The aim of my project is to assert the rights of the transgender, non-binary and non-gender communities.

I am interested in how effectively the law operates to protect the most marginalised groups in society, especially in the so-called “age of austerity”, and the estimated 650,000 people in the UK who identify as transgender, non-binary or non-gender undoubtedly represents some of the most marginalised communities. Indeed, the Women and Equalities Committee recently reported that ‘discrimination is a part of daily life for trans people - a reality which many feel they have no alternative but to accept.’ (Transgender Equality Report, 14 January 2016).

My project aims to challenge this acceptance by delivering a drop-in advice service in the context of housing provision and employment, where discrimination is noted to be a particular problem and where issues such as homelessness and unemployment prevail. The service will provide a safe and non-judgemental environment in which to discuss all of these issues and will aim to provide practical legal help by preparing, for example, homelessness application reviews or claims for constructive dismissal, as well as by advancing any discrimination claims arising from the facts of a case. In order to achieve the above aims, my project will look to work closely with LGBT organisations, mental health charities and the NHS.