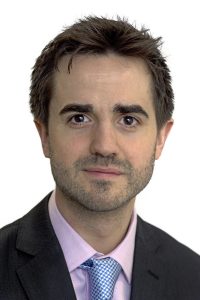 Stephen began his training Contract with Release in January 2017. He studied Entertainment Technology at Portsmouth University and completed both his GDL and LPC on a part-time basis at BPP University.

Prior to joining Release, he was employed by BPP University in their Pro Bono Centre where he managed their Legal Advice Clinic, which provides free advice to members of the public in housing and family law. He was responsible for the organisation, training and management of the volunteers, ensuring compliance with the AQS standards and completing client work. In 2016 he expanded the service to include a weekly drop-in at the First-tier Tribunal (Property Chamber), providing litigants in person with the opportunity to receive advice prior to their hearings. He also oversaw two other housing drop-in services at North Kensington Law Centre and Shelter.

Before this he was the Pro Bono Projects Manager at BPP University and responsible for their community outreach programme, Streetlaw, providing informative presentations on legal issues at schools, young offenders institutes and homeless shelters. He was also on the Board of Editors for BPP’s 2015 Human Rights Law Journal and supported qualified members of staff on the Article 8 and Criminal Appeals Projects.