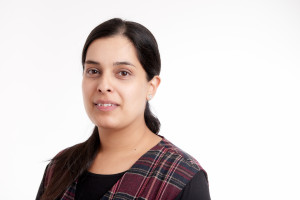 I completed my Law degree in 2002 and completed my legal practice course in 2005. Opportunities in social welfare law to qualify as a solicitor were and still are extremely limited. However I began my career in social welfare law as an immigration caseworker in 2002 at the end of my law degree and continued my work in the field of immigration law since.

I was employed by the Greater Manchester Immigration Aid Unit in 2005 as a caseworker accredited by the Law society at a senior level. My work is to help individuals to regularise their immigration status in the United Kingdom.

I predominantly represent women and unaccompanied children seeking refuge in this country; in particular from the Asian and African sub continents. I represent trafficking victims, victims of Female Genital Mutilation, forced marriages and domestic abuse. I have represented at appeal hearings for such cases, deportation cases and bail hearings and in making representations to the Home Office. I also represent a large number of foreign national prisoners across several prisons in the North West.

JFF is an absolutely fantastic opportunity for me to progress my career in social welfare law even further. It is without doubt the stepping stone I needed to qualify in this field of work which I have engaged in since my graduation from law school. I hope to continue my work for the Greater Manchester Immigration Aid Unit and to qualify as a solicitor within the same organisation.

The two GMIAU Fellows, Nadia and Melissa Darnbrough, will establish an immigration legal advice service for women who are foreign nationals and held in immigration detention in prison.