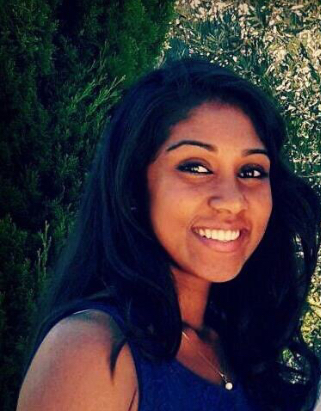 Shakila joined the Anti Trafficking and Labor Exploitation Unit as a Justice First Fellow in January 2022. She studied Law at the Staffordshire University where she carried out a fast-track course and obtained a first class degree. Shakila then completed her Legal Practice Course and Masters at the University of Law in Manchester.

Before moving to the UK, Shakila lived in Italy and studied Law. She moved to the UK because she wanted to work in fields such as human trafficking and exploitation and international humanitarial law.

As a university student, Shakila volunteered at the Citizen Advice Bureau where she volunteered as an initial adviser and assisted people with housing, benefits claims, debts and employment issues. In her final year of University Shakila also joined the British Red Cross where she volunteered as a refugee support caseworker. Her role was to interview and use the referral system to provide them with the support they needed. She assisted people with issues related to healthcare and accommodation, and collaborated in preparing plans of action to help people access their rights and entitlements.

Prior to joining ATLEU, Shakila worked for 3 years as a paralegal at Knights Plc where she assisted various teams such as Commercial property, Private client (vulnerable people) and Family.

My project will focus on the impact of Clause 62 (now 67) of the Nationality and Borders Bill. This clause will disqualify potential victims of modern slavery with criminal records from protection through the National Referral Mechanism (NRM). Many victims of trafficking and modern slavery have committed criminal offences — some will have done so whilst under the control of traffickers and others will have been specifically targeted by traffickers owing to their offending history. Last year 48% of all victims referred into the NRM have reported criminal exploitation as their primary form of exploitation. This Clause creates a distinction between victims who are considered deserving of support and those who are not. The bar for disqualification from support has been set very low – it will apply to anyone who has had a sentence of 12 months or more. In its current form Clause 67 could leave up to 50% of all victims of modern slavery without support, without leave to remain and at risk of removal. This is likely to mean that many victims will not come forward to seek help which will significantly undermine our ability to bring traffickers to justice and also significantly increase the risk of victims facing further exploitation and re-trafficking. My project aims to research and document the impact of Clause 67 on survivors. I hope to use this to support strategic litigation which would aim to carve out exceptions to this Clause and to support advocacy work aimed at raising awareness of the impact of the Clause and to continue making the case for change.