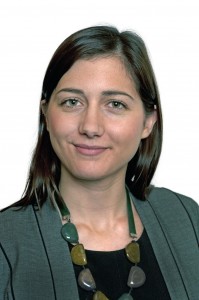 Ronagh has an LLB (Hons) Exempting Degree from Northumbria University. During university Ronagh founded the Human Rights Society, volunteered with the Citizens Advice Bureau and volunteered as a primary school teacher in India. On graduation in 2012 Ronagh commenced work as a paralegal in the International Family department at Ben Hoare Bell LLP where she worked with a client base of primarily BME women, covering legal areas including Forced Marriage, Domestic Violence, Disputes over Children, Divorce, Nullity, Child Abduction, Child Protection and Care Proceedings.

Ronagh has an interest in international development and in 2014 took sabbatical leave to volunteer in Zimbabwe with the charity Restless Development, running sessions on gender equality, child rights and HIV/AIDS.

In 2015 Ronagh moved to the Community Care department within Ben Hoare Bell to provide paralegal support in the areas of Health and Social care, Court of Protection, Inquests, Judicial Review and Migrant Support.

Ronagh has an interest in human rights and social justice issues. From 2013 – 2015 she volunteered with the UK Youth Climate Coalition including attending two international UN climate change conferences. In 2015 Ronagh was part of an Action/2015 UK youth panel pushing for ambitious action on poverty, inequality and climate change on a national and international scale. In September 2015 she represented UK youth as an official UK youth delegate to the UN Summit on the Sustainable Development Goals (SDG’s) in New York. Ronagh is also the national representative for the North East Junior Lawyers Division and has sought to raise awareness of the impact of the legal aid cuts as part of this role.

Project – Increasing the accessibility of legal services to young people

I believe that access to justice should not only be about creating more services – it also requires us to monitor and improve the accessibility of our existing services, particularly for the most vulnerable and marginalised who face the most obstacles. Young people are one of those marginalised groups – those aged 16 – 25 experience rights based legal problems at a similar rate to the rest of the population but are less likely to access advice. This has detrimental effects for those individuals and for society, for instance through higher youth unemployment, poor mental health and increased social unrest.

The aim of my project is to increase the accessibility of legal services for young people. I aim to do this by building partnerships with local youth centres who work with particularly disengaged young people. The project will initially deliver rights based awareness raising sessions so that if young people do encounter a problem they have a greater awareness of the services available to them and how to access those services. I also aim for the sessions to break down the perception of legal advisors as unapproachable as this is often a barrier to young people seeking out help. I will do this by arranging for training from youth workers.

I plan for the project to evolve to provide drop-in advice sessions in youth centres in an approachable way. Research shows that young people find legal services much more accessible when they are provided in an environment that is comfortable and familiar. It is also clear that their preference is for services to be provided in a holistic multi-agency way e.g. counsellors, sexual health and legal advice provided at the same location. I aim to use this research to develop an evidence based approach to the delivery of legal services.

I hope that my project will be an example of how the delivery of legal services can be tailored to the client base – something much more common in the delivery of commercial legal services where there is high competition for clients. Ultimately I aim to provoke thought and inspire action among those of us working in social welfare to similarly tailor our delivery with the purpose of increasing access to justice for the people that need these services the most, whether that be elderly clients, those with disabilities or any other vulnerable client group.