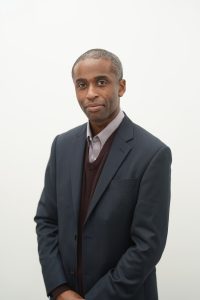 Mark first became interested in practising law whilst undertaking an internship in Jamaica where he assisted prisoners on death row at the now ‘Independent Jamaica Council for Human Rights’. The internship formed part of his university studies as a volunteer with the University of Westminster’s ‘Death Penalty Project at the Centre for Capital Punishment Studies’. In Jamaica, Mark experienced first-hand the poverty, destitution and suffering of death row prisoners who could not afford legal representation. Mark graduated in 1995, before then obtaining a Master’s Degree in Criminal Justice in 1997. He completed his Legal Practice Course (LPC) in 2002.

After he completed his legal studies, Mark worked within social welfare law for over 11 years at Citizens Advice Bureau (CAB), first as an adviser at Bristol CAB and then as a legal aid money advice caseworker and additionally a housing caseworker at various CABs in the Essex area. Part of Mark’s role at the CAB also included training and mentoring new advisers in housing and debt casework.

Mark applied for the JFF because he wanted to be a social welfare lawyer. He wanted to be a lawyer who could help the most vulnerable in society – those who are destitute. The JFF will allow Mark to qualify as a solicitor while also undertaking a project to develop and implement a project that will advance access to justice.

Mark began his training contract/fellowship in January. Mark’s first seat is with the immigration department where he is working on non-controlled immigration, asylum and human rights cases under the supervision of HCLC immigration solicitor Sonia Lenegan.

Mark has chosen to set up a project which will give advice and assistance to vulnerable women. Part of the project would be to assist those with precarious and insecure immigration status because of their nationality or those who have been trafficked. For example, there has been an increase in the number of East London based Eastern European women who require good quality employment and discrimination, housing, immigration and welfare benefits advice but cannot access mainstream services. As part of the project, Mark hopes to recruit volunteers whom he can train to assist. He will run regular drop-in advice sessions and also undertake any related substantive casework.