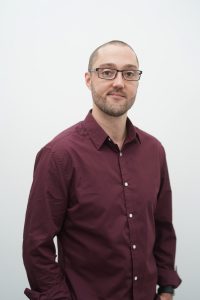 Gareth, formerly a full-time gymnast, studied Ancient History and Archaeology at Liverpool University. After working briefly for the CPS and being unemployed for a while he went travelling. He spent just over three years teaching English in Thailand and Korea. He joined Greater Manchester Immigration Aid Unit as a volunteer in 2012 and has since completed the GDL and LPC at Manchester Metropolitan University. The areas of law included in his training contract are immigration, public law, and human rights.

Project – Access to Compensation for Victims of Human Trafficking

This will involve examining the various routes available to victims of trafficking to access compensation:

Making contact with those organisations already working in this area of law, such as ATLEU, to benefit from their experience. Also to gain insight into the process of bringing claims as well as the benefit to, and impact on, victims of trafficking. This would hopefully also involve shadowing caseworkers handling such cases.

Make contact and establish a working relationship with the various organisations who support victims of trafficking such as, City Hearts, Medaille Trust, The Salvation Army, Hope for Justice, Victim Support and the Modern Slavery Helpline.

Contact barristers in Greater Manchester and establish a relationship with those willing to take on the cases of those victims of trafficking seeking compensation.

The aim would be to set up an effective service for victims of trafficking to access compensation here in Manchester, as at the moment work in this area is very London based