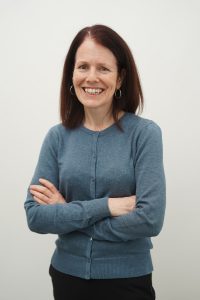 Esme Madill began her career as a social worker working with those affected by HIV and AIDS. Since 1998 she has offered consultancy services to the not-for-profit sector. Her clients have included Comic Relief, The Stephen Lawrence Charitable Trust and Adfam, as well as grassroots refugee community groups. She is the co-founder of Refugee Action York, which is now the lead local support organisation for refugees and asylum seekers in North Yorkshire, and was co-founder and co-ordinator of the award winning campaign group End Child Detention Now. Since 2004, Esme has worked with Shpresa Programme, a registered charity supporting the Albanian speaking community in London, developing services for trafficked women and unaccompanied asylum seeking children.

In recent years an increasing amount of her time has been spent trying to find good quality legal representation for clients. As a consequence she decided to retrain as an immigration practitioner. She completed the LPC in 2015.

Albanian children form the third largest group of unaccompanied asylum seeking children in the UK yet, in 2015, out of 440 initial decisions just one grant of asylum was made to an Albanian child while in 2016 only 0.5% of all Albanian nationals were granted asylum at initial decision. The protection needs of those who have fled Albanian are little understood and this lack of understanding, coupled with unhelpful myths about Albanian asylum seekers, act as barriers to achieving protection and durable solutions for this vulnerable group of children and young people.

This project intends to increase an understanding of the needs of these children and young people and to give them a voice in an asylum system which frequently leaves them voiceless by: